Vertical Summit — Communications for the Upwardly Mobile
A turnkey 4 Line 8 station systems with
4 Phones, Voice Mail and Auto Attendant begin at $1,600.00 installed
in the Columbus, Cincinnati and Dayton Metro Areas!
Ask about our exclusive 5 year parts and labor warranty!
Call now to schedule your onsite demonstration!!!
800-821-2686

Whether you have 2 phones or 400, now you can have it all – with the versatile Vertical Summit™ New Business Telephone Systems In Dayton, Ohs (UC) platform. More than a simple phone system, the Summit gives you cost-effective options that add up to real-time communications and bottom-line business benefits with the ability to easily – and affordably – migrate from analog to IP for true mobility and more. Simple to set up and administer, the Summit’s optimized IP/TDM hybrid architecture gives you all the standard features you need while supporting more advanced UC and mobility applications, so you can communicate and collaborate seamlessly wherever your business takes you. The Vertical Summit offers standard call handling features including one-touch call transfer, call recording, Caller ID and music on hold. Integrated applications offer more advanced voice workflows including automated routing through a multi-level auto attendant, robust call routing engine, voice mail with email notification, and the ability to extend your workflow beyond the phone with the Vertical Summit UC
mobile and desktop clients. Take your business communications to new heights with the Vertical Summit, the affordable solution for your mobility and communications needs.

Simple Administration
Vertical Summit is simple to set up, maintain, and use ensuring you can stay focused on your business. Manage the system from any web browser through the HTML5 based admin. The Vertical Summit also offers simplified wizards for basic tasks. 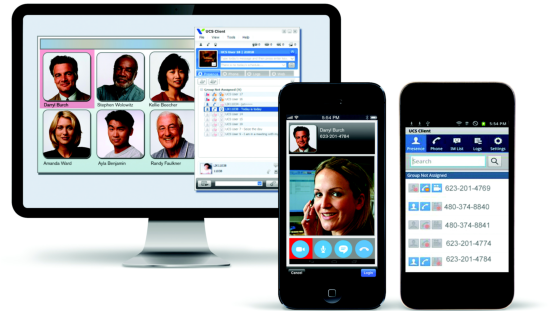 UCS Mobile Client for on the go access to features

Simple Voice Over IP
Voice Over IP phones and trunks are easy to implement as well. Every
Vertical Summit includes built-in VOIP support and comes with
starter licenses. It’s simple to convert your office to net-generation
VOIP phones and reduce monthly trunking costs by upgrading to SIP trunks.

Mobile
Vertical Summit offers an affordable mobility solution for your business. Each system includes starter licenses UCS Desktop and Mobile clients. The Summit’s UCS clients give you seamless, single-number connectivity to customers, co-workers and features from your PC or smartphone, so you can:

Make, receive and transfer calls from anywhere with one touch

Access directories, call logs, paging and other system features
with the tap of a finger 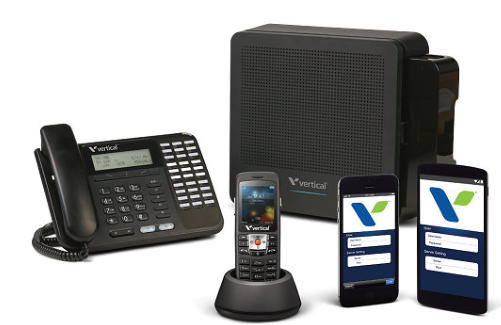 Easy to use GUI-based system configuration

Easy expandability
The Vertical Summit system includes two IP ports, two standard Summit New Business Telephone Systems In Dayton, Ohs Solution (UCS) Desktop Client with Voice softphone licenses, and two Summit UCS Mobile Client licenses. The Summit is built on a multi-cabinet architecture that allows four types of basic system units and one expansion unit to configure a dynamic system that delivers cost-effective communications and affordable expandability to small and midsize businesses. The Summit is also compatible with the Vertical SummitTM 800, as well as Vertical’s SBX IP and MBX IP platforms, so you can quickly network over 250 sites together while creating a simple migration path to the full-feature and cost-saving benefits of the Summit’s built-in VoIP technology. Simple installation and maintenance The New Business Telephone Systems Summit features advanced HTML5-based Web administration for intuitive system configuration and maintenance. The Install Wizard guides users through the basic installation in a series of simple steps in English or other local languages.

Rich features and applications
Along with all the basic features and functions of a sophisticated phone system, such as one-touch Call Transfer, Caller ID, MOH, etc., the Summit delivers more advanced capabilities including an integrated multi-level Auto Attendant, and voice mail with both mobile and e-mail notification.
Leverage the full capabilities of the Summit with additional licensed applications for even more powerful features and functionality including videoconferencing, the ability to place calls directly from Web pages, and advanced call recording capabilities including automatic and/ or on-demand recording of calls from any phone connected to your system.

If you do need office telephones, what kind of service do you want? You need to choose between a traditional New Business Telephone Systems landline telephone service, which is provided by a local or regional phone company, and a Voice over Internet Protocol (VoIP) system, which runs over the internet and is offered by a multitude of providers.

Contents
1 Definitions
2 Counties
3 Cities
3.1 Suburban communities greater than 30,000
3.2 Montgomery County
3.3 Greene County
3.4 Miami County
3.5 Places with fewer than 1,000 inhabitants
3.6 Unincorporated places
4 Townships
4.1 Greene County
4.2 Miami County
4.3 Montgomery County
5 Demographics
6 Colleges and universities
7 Largest employers
8 Transportation
8.1 Airports
8.2 Major highways
8.3 Public transit
9 Culture
9.1 Museums
9.2 Theaters
9.3 Theatrical companies
9.4 Music
10 See also
11 External links
12 References
Definitions
The Dayton, OH Metropolitan Statistical Area (also known as Greater Dayton), as defined by the United States Census Bureau, is an area consisting of three counties in the Miami Valley region of Ohio and is anchored by the city of Dayton. As of 2000 it is the fourth largest metropolitan area in Ohio and the 61st largest Metropolitan Area by Population in the United States. As of the 2010 census, the MSA had a population of 799,232 based on a change in MSA defining criteria as of 2013, which eliminated Preble County. This exclusion was applied retroactively to the 2010 population figures.[1]

Metropolitan Statistical Areas (MSAs)
Dayton (Greene, Miami, and Montgomery counties)
Springfield (Clark County)
Micropolitan Statistical Areas (μSAs)
Greenville (Darke County)
Urbana (Champaign County)
Sidney (Shelby County)
According to an article in the Cincinnati Enquirer, as Greater Cincinnati grows northward through Butler County, its outer suburbs are expected to expand and begin to overlap the Greater Dayton area.[2] Such a concept has already received the nickname of “Daytonnati.”[3] The two metropolitan areas were expected to be combined after tabulation of the 2010 Census, but this did not occur.

The Dayton Metropolitan area is part of the Great Lakes Megalopolis containing an estimated 54 million people.

The Dayton Metropolitan Statistical Area formerly included Clark County and Preble County. In 2005, Clark County containing Springfield, Ohio separated from the Dayton MSA to create their own MSA named Springfield Metropolitan Statistical Area. As a result of new Census criteria to delineate metropolitan areas, Preble County was eliminated from the MSA in 2013 as it no longer qualified for inclusion. A significant drop in population for the Dayton MSA is noted in the 2010 census because of these changes.[8]

Colleges and universities
The Greater Dayton region is home to a number of higher education facilities, including:

Languages New Business Phone Systems
Español
Edit links
This page was last edited on 16 July 2018, at 13:00 (UTC).
Text is available under the Creative Commons Attribution-ShareAlike License; additional terms may apply. By using this site, you agree to the Terms of Use and Privacy Policy. Wikipedia® is a registered trademark of the Wikimedia Foundation, Inc., a non-profit organization.
Privacy policyAbout WikipediaDisclaimersContact WikipediaDevelopersCookie statementMobile view